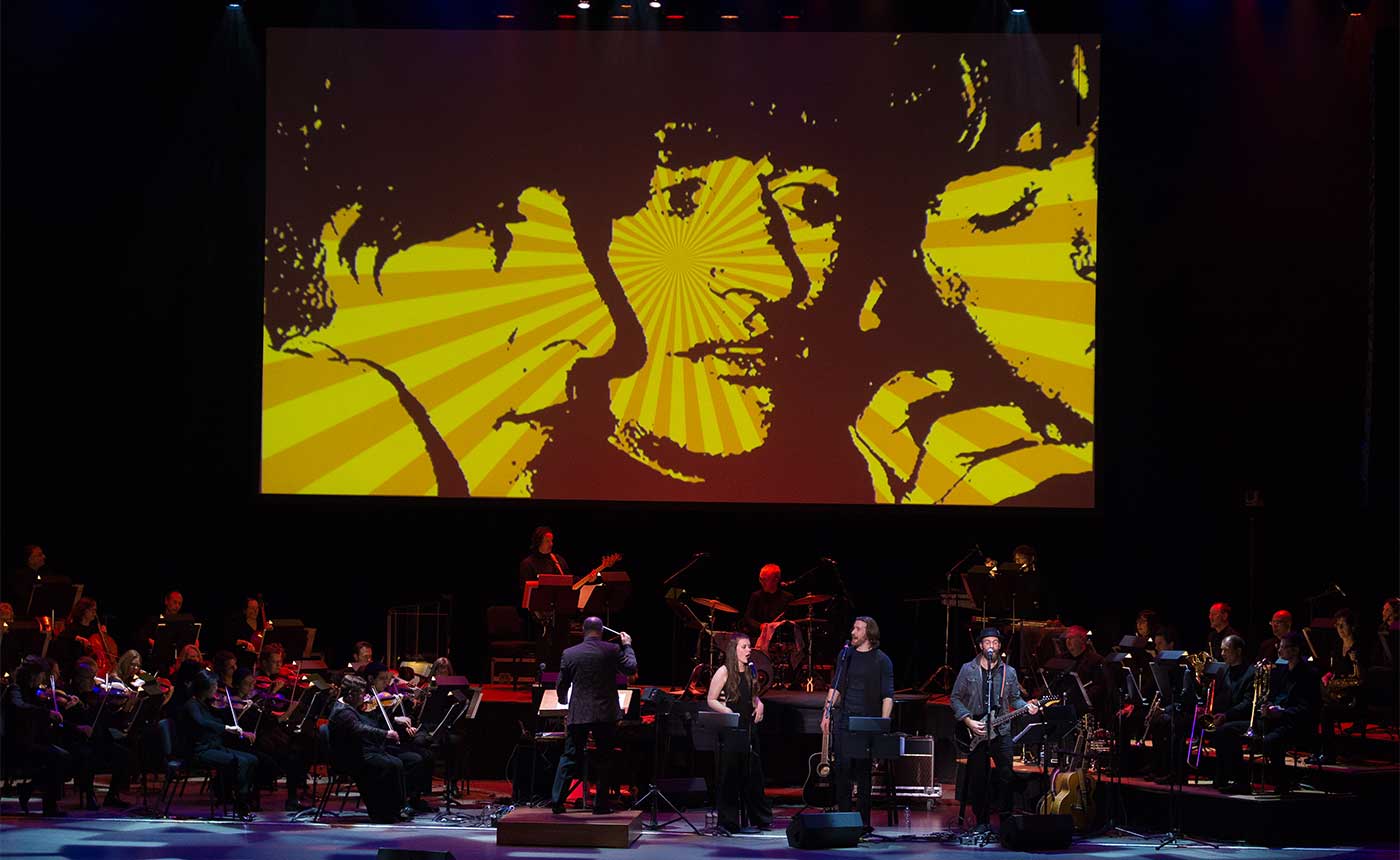 REVOLUTION: The Music of the Beatles - A Symphonic Experience with the Utah Symphony

The Beatles come to life in REVOLUTION, a new symphonic experience featuring top vocalists and musicians accompanied by Grammy Award-winner Jeff Tyzik’s new arrangements. REVOLUTION includes music transcribed and arranged for orchestra from the original master recordings at Abbey Road. Your favorite Beatles’ hits will be accompanied by hundreds of rare and unseen photos from the historic, London-based archives of The Beatles’ official fan magazine, The Beatles Book Monthly, along with stunning video and animation.

REVOLUTION will take you on a magical musical and visual journey of The Beatles. The production features arrangements of over 25 top hits including “Ticket to Ride,” “Penny Lane,” “Get Back,” “Here Comes the Sun,” and “Hey Jude.”

The programming on this performance has been modified to abide by local, state, and national health and safety recommendations.

This project is funded in part by the CARES Act and the Utah State Legislature through Arts & Museums.

LATE SEATING POLICY: Late seating will be at an appropriate break in the concert. More information on our late and re-entry policies is found here.