Your cart has expired
Your order contained expired items and your shopping cart has been emptied.
Close
Carmina Burana

It will be just like going on a date to Medieval Times, but without the turkey legs or fake jousting.

Don’t miss one of classical music’s greatest concert spectacles, the shocking and thrilling Carmina Burana of Carl Orff.
Experience the world premiere of The Maze violin concerto, which will sonically evoke a different geological, archeological, and landscape features of The Maze district in Canyonlands National Park
Enjoy the return of guest conductor Kazuki Yamada, an annual audience and orchestra favorite.

This concert is also being presented at the following location(s): 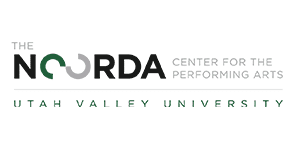 Learn more about this evening’s music at a pre-concert lecture, which begins 45 minutes prior to the start of the concert in Abravanel Hall’s First Tier Room.
Enjoy Lobby Fest performances 30 minutes before the performance in the lobby by members of our Youth Guild.